Check out this great story from the German Headquarters of Gebiomized, with Aussie Triathlete Cam Wurf talking about his experience with Gebiomized Bikefit, the same equipment available to Western Australian Triathletes and Cyclists in West Perth.

Go to https://starphysiowa.com.au/bikefit/ to learn more about bikefit at Star Physio or check out the the Gebiomized site and news here https://gebiomized.de/en/2019/07/31/road2kona-cameron-wurf/

FALL DOWN, GET UP AND LEARN

Via Roth to Kona: gebioMized accompanies Cameron Wurf on his way to the Ironman World Championships.

Just your ordinary day at Solarer Berg: Cameron Wurf at the Challenge Roth 2019.

Well, that didn‘t work! For Cameron Wurf Challenge Roth was supposed to be an important performance test on the way to the Ironman World Championships in Kona in September – and he did not as well as one might have expected. Or did he?

After all, the Australian ex pro cyclist is famous for his fabulous times in the bike split. But this day, he rode – by Wurf’s standards “only” – the fourth fastest time and stayed ten minutes behind his personal best. The man who usually flies past his competitors on his bike was never even within striking distance of the top.

Anyone who wants to know why Wurf was nevertheless reasonably happy after the race has to dig deeper into the matter – and above all take a look at the race phase after the second transition zone. After 3.8 km in the water and 180 km on the bike, Wurf ran the marathon of his life – and with 2:50 hours clearly beat his up-to-then personal best. One reason for this success: his special training focus on this discipline. The second reason: a changed riding position on the bike. But why should someone run faster because he sits differently on the bike?

To explain this, we want to tell you a little bit about what we worked on with Cameron Wurf in the gebioMized concept-lab in Cologne and on the track in Büttgen.

„You genuinely understood the fact that particularly as an Ironman you have to hold your position for a long time. The ability to hold the position is much more important than anything else.“

The first question that arises is why a rider who holds the Kona bike split record should change his riding position at all. The answer: because it was designed purely for aerodynamics. The position created in the wind tunnel for Hawaii 2018 fully aimed at reducing the front surface as much as possible and was not analyzed for the biomechanical disadvantages that it would entail. The result: too much weight shift to the front for Cameron Wurf, unnecessary overloading of the shoulder area, a too narrow hip angle and the resulting loss of power on the pedals.

So, there were a lot of points to start with in our work with Cameron to position him better on his triathlon machine. In the course of the bike fitting we shifted, e.g., the weight distribution more towards the saddle in order to relieve shoulders and torso. This means in concrete terms: In the riding position we started with there was almost twice as much force on the aero pads as on the saddle, in the new position the ratio is almost 1:1. Now the balance between the contact points is right and the power gets to the pedal more efficiently. Furthermore, Cameron can hold this more comfortable position longer.

Before and after: Data in detail

The data of the original position (left) shows an unequal load on the aeropads, whilst in his new position Cameron Wurf is sitting far more balanced. 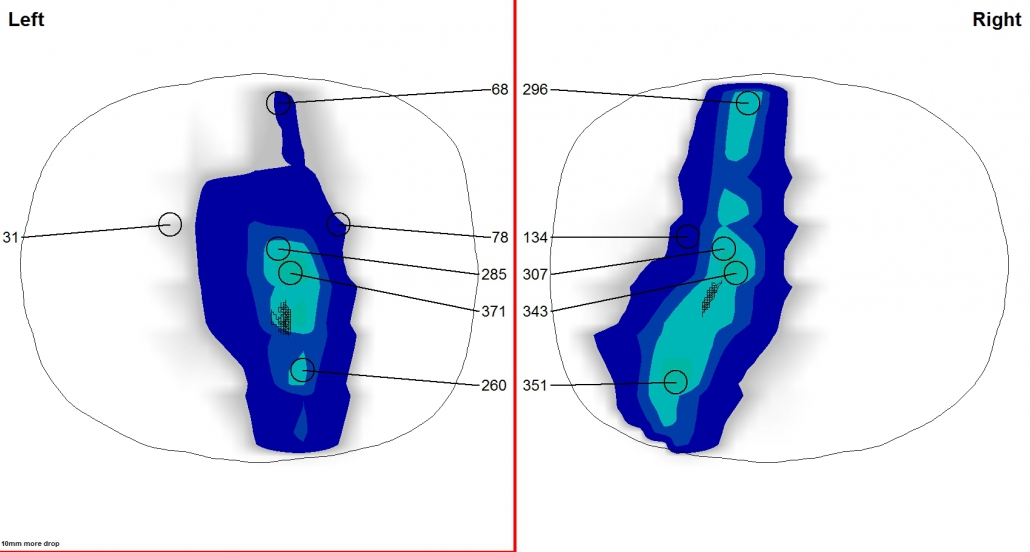 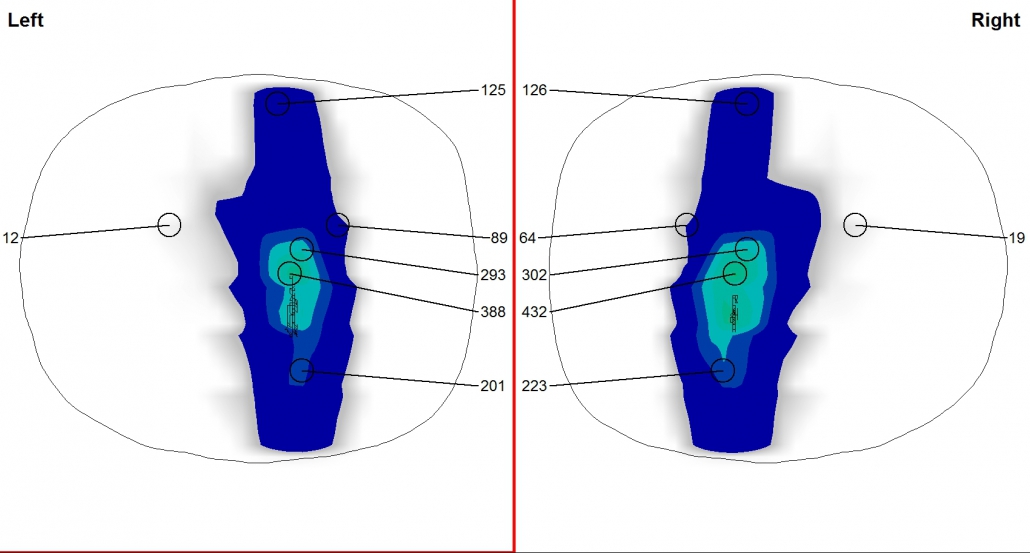 Many advantages that more than compensate for minor losses in aerodynamics. If there were any. On the contrary, the significant increase in comfort even has a positive effect on aerodynamics. The reason: the more comfortable riding position allows Cameron to lower his head and shoulders. This way he virtually slips under the wind – and the biomechanical advantages of the optimized riding position become even more apparent.

But if you want to put more weight on the saddle, you have to pay special attention to it. After all, pressure points on the buttocks and correspondingly reduced comfort would destroy the advantages gained in the cockpit area. But by changing the saddle position accordingly, we were able to increase the contact area in the front pelvic area by 30 percent and reduce the maximum pressure on the buttocks by 25 percent.

What we didn’t know during the two fitting days in spring: in Roth Cameron Wurf was still facing a very special challenge. The consequences of a heavy crash, which he had had a few weeks before with his bike. With a broken rib, a broken nose and some bruises he tortured himself through the race. He profited all the more from the fact that we had attached particular importance to comfort in the fitting process. “This way, I was able to get through the bike split reasonably at least and run well afterwards. Otherwise I would have completely blown up”, Cameron explains in retrospect.

And that’s exactly why Cameron Wurf smiled into the cameras after the race  from his third place on the podium. Because he knew: Considering the circumstances, the performance on the bike was quite strong – and compared to the previous year he could more than make up for the minutes he lost on the bike in the run.

Nevertheless, a crash like this of course wreaks havoc with season planning and also has an effect on what the best aero position looks like. We reacted accordingly and adapted our “fitting schedule” in order to support Cameron in the coming weeks and months on his way to Hawaii.

The first concrete measures are already in the pipeline. We will tell you more about them in our next issue of “Road2Kona”. 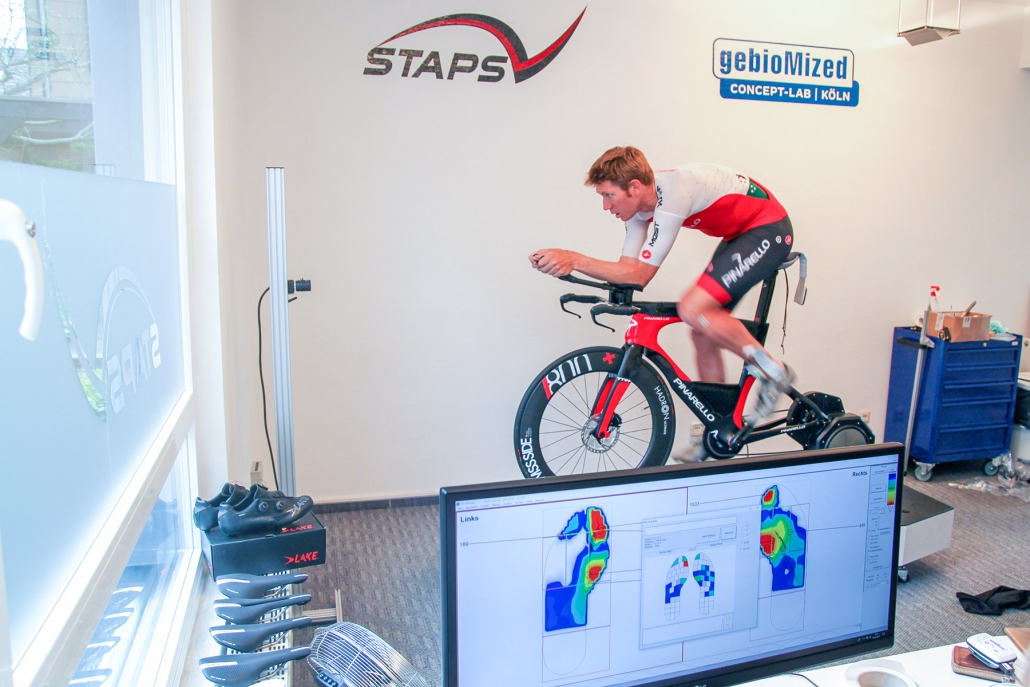 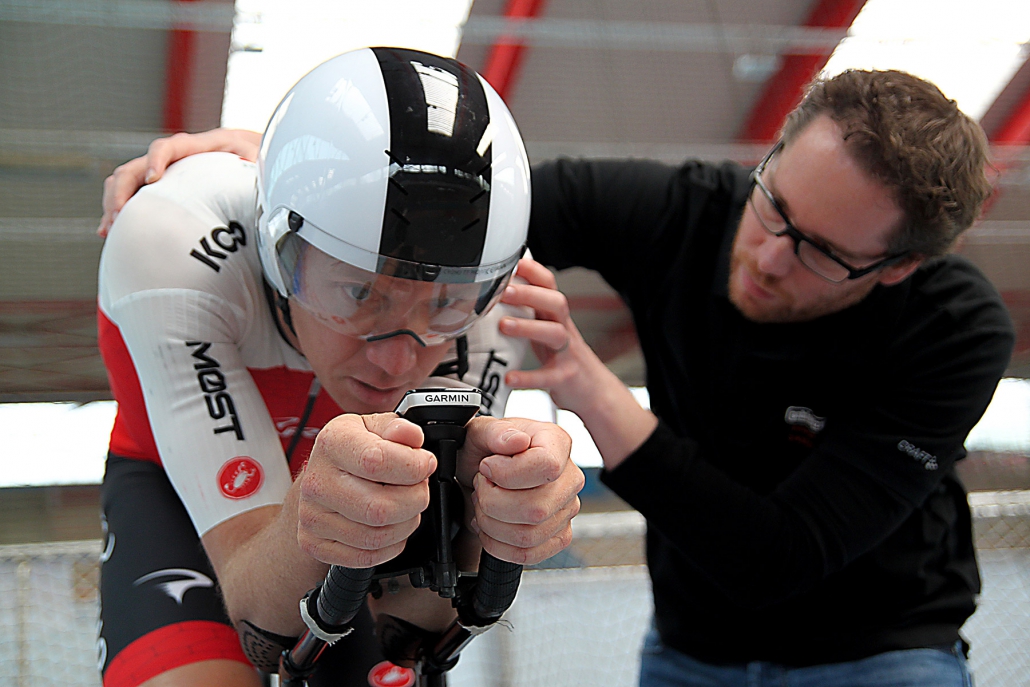 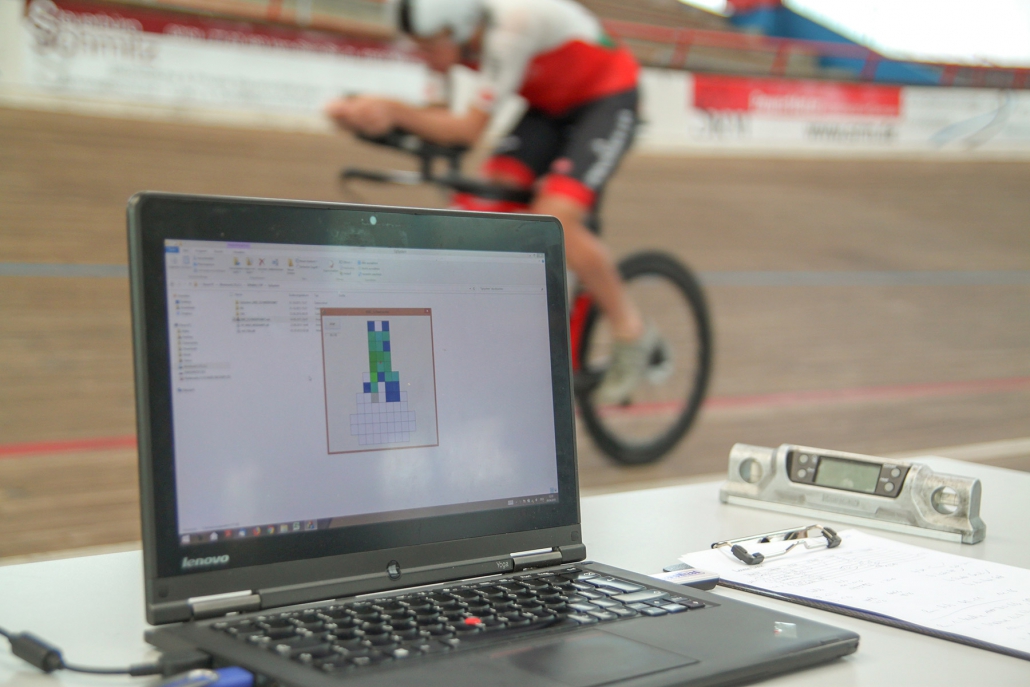 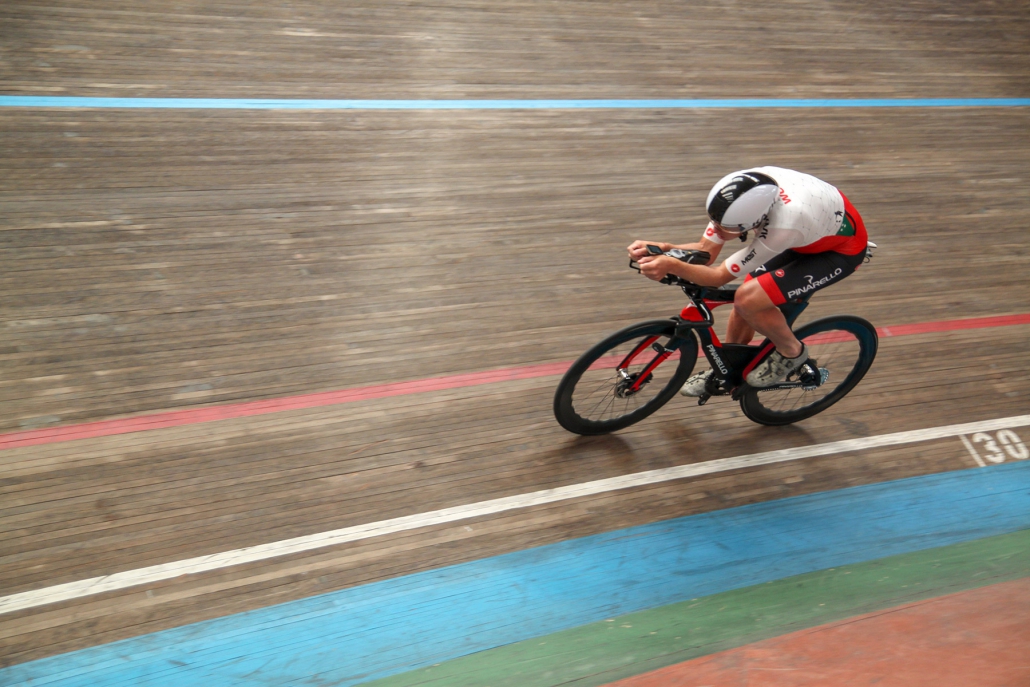 Choosing the best running shoes for injury. RUNNING SHOES AND INJURY Experiencing a running-related injury is a common part of the running experience that everyone from elite runners, to those starting their running journey may experience at some point. When we run,... Top Tips for Walking Fitness and Reducing Injury Risk! As the official Health and Fitness partners of the​ Walk for Women's Cancer , Star Physio WA’s Julie Pham (Podiatrist & Physiotherapist) offers her advice as you prepare for this special event, and for all of... Busselton 100 Massage and Physiotherapy Friday 29th April - Sunday 1st May Star Physio is the Official Physiotherapy Partner of Triathlon WA. Out team will be providing massage, taping, injury treatment and performance advice across the inaugural Busselton 100... Running Injury and Prevention Top Tips with Star Physio. Star Physio are proud to be the official physiotherapy and running injuries prevention partners of the Chevron City to Surf for Activ, which we look forward to the return of in 2023! Check out this great video...